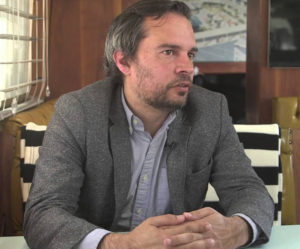 For those of us who had the honor of writing, editing, and publishing the Boston Phoenix during its nearly half-century run, it’s an enormous relief to know that the archives of Boston’s most crucial alternative media outlet are in good hands. Thanks to the generosity of Stephen Mindich, the Phoenix’s print, digital, video, audio, and photo archives are now in the possession of Northeastern University, which has created a groundbreaking online portal to help preserve this historical trove of Boston news, politics, activism, culture, and counterculture.

It’s rare that a week goes by without some matter of local or national import that has a tie to the Phoenix’s back catalogue. It’s not just that many of today’s most crucial and controversial commentators — from disgraced Fox News host Bill O’Reilly to The Ringer founder Bill Simmons — got their start in The Phoenix’s pages. We’re honored that future generations will be able to access the unparalleled writing, reporting, photography, and multimedia that made the Phoenix — and its sister station WFNX — the underground’s newspaper of record, and Boston’s true alternative voice.

Carioli is an award-winning media executive with 20+ years of experience leading transformative innovation at newspapers, magazines, and digital media companies. Previously, he was editor in chief at Boston magazine and the Boston Phoenix.